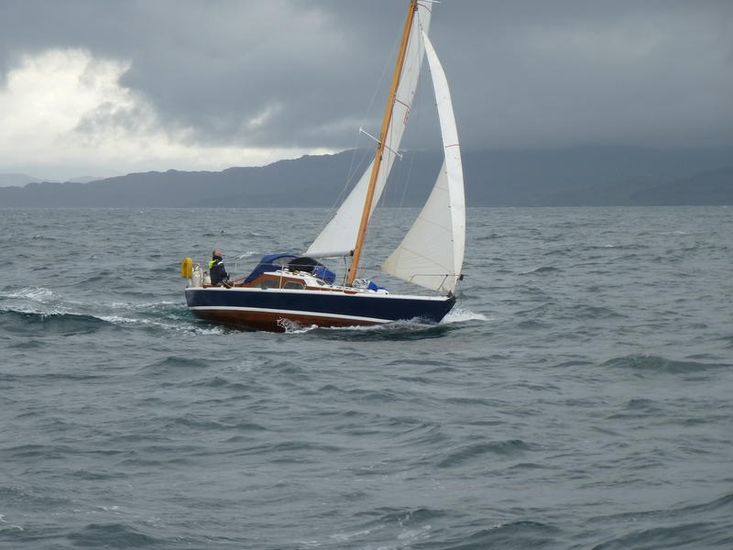 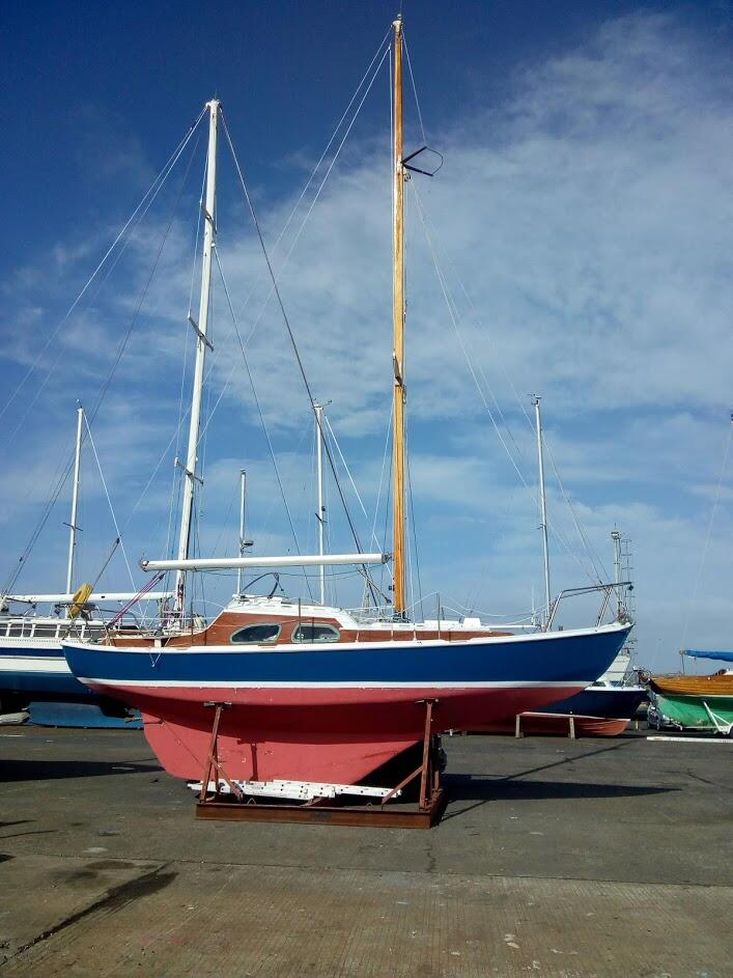 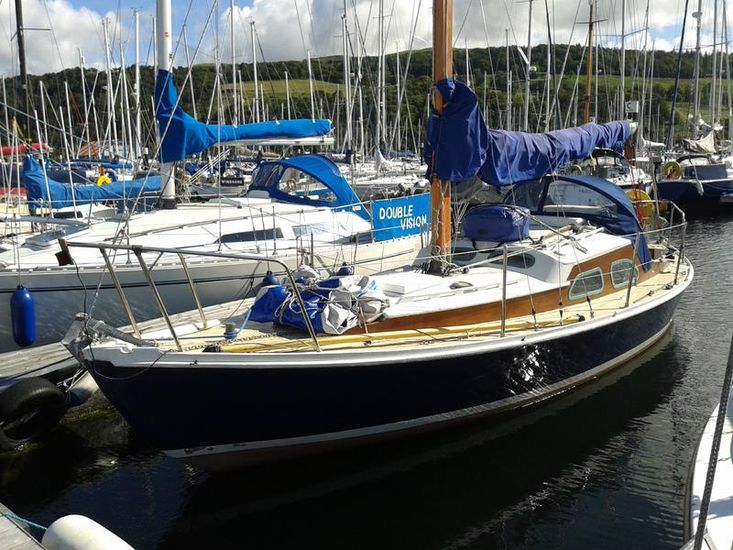 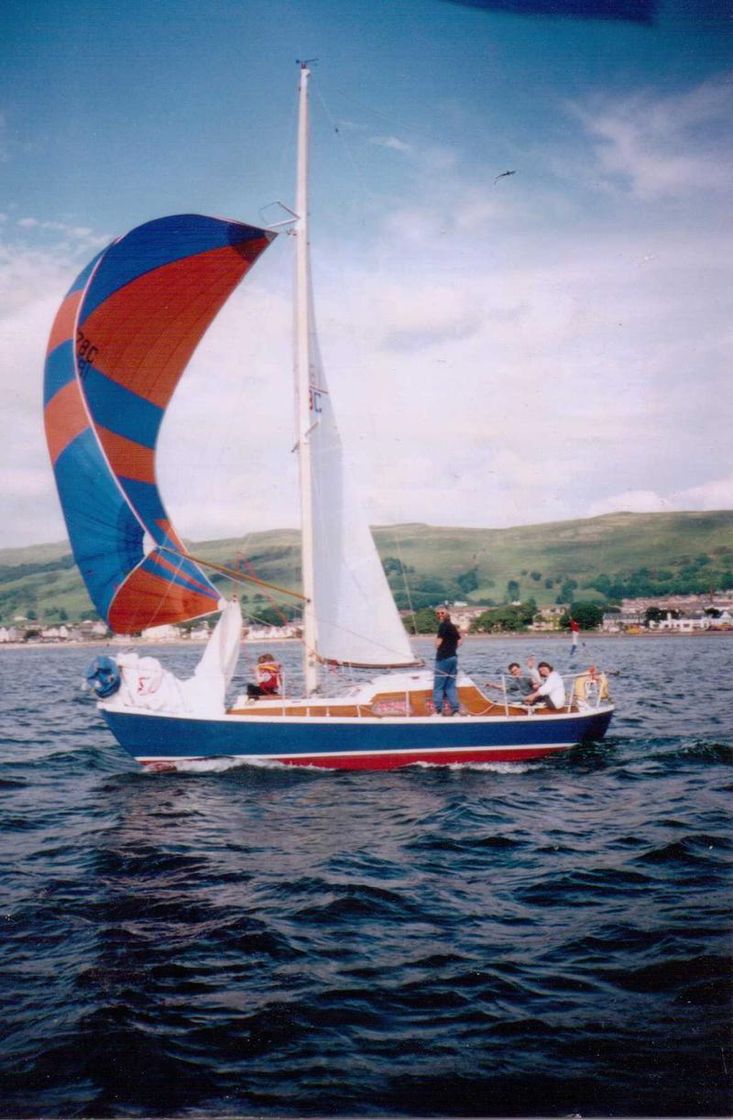 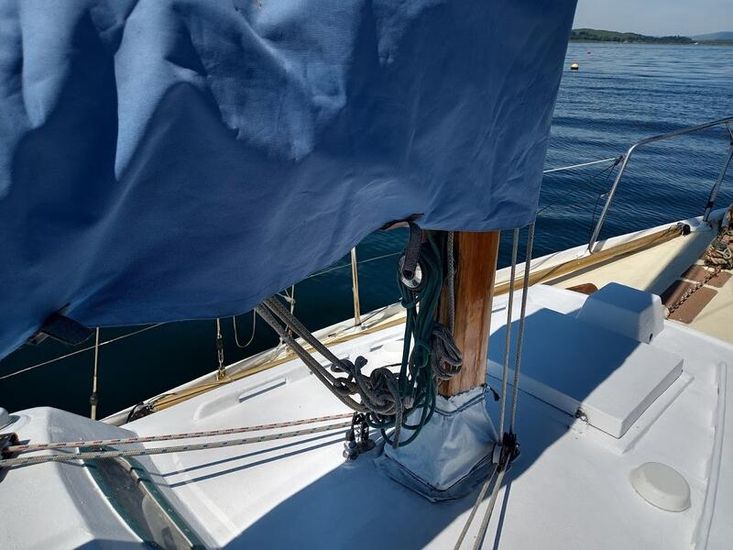 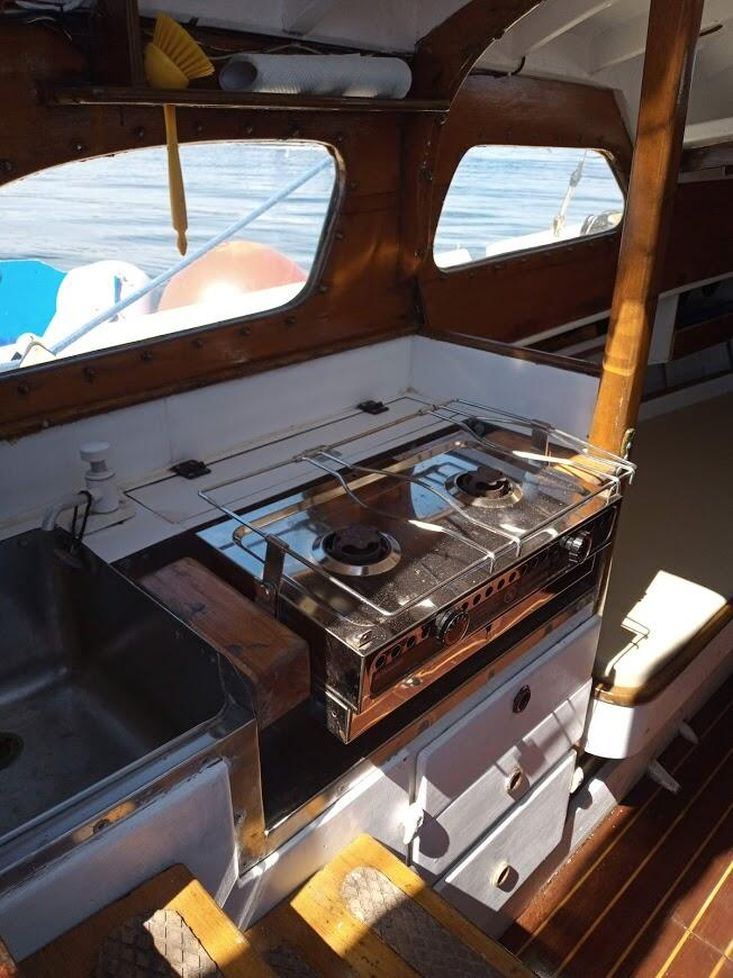 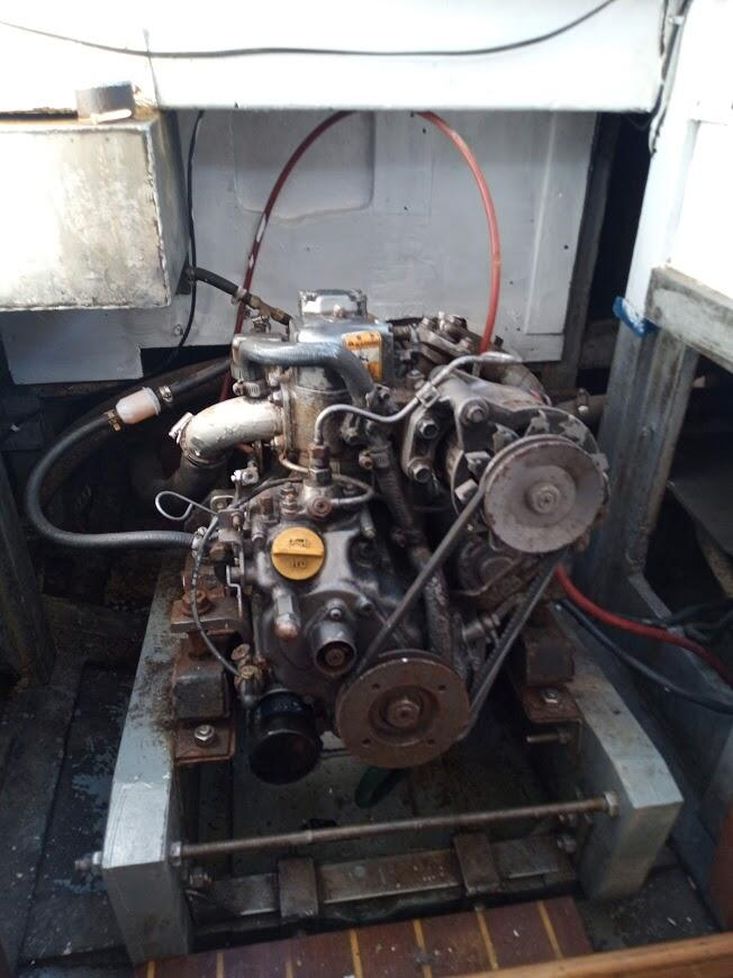 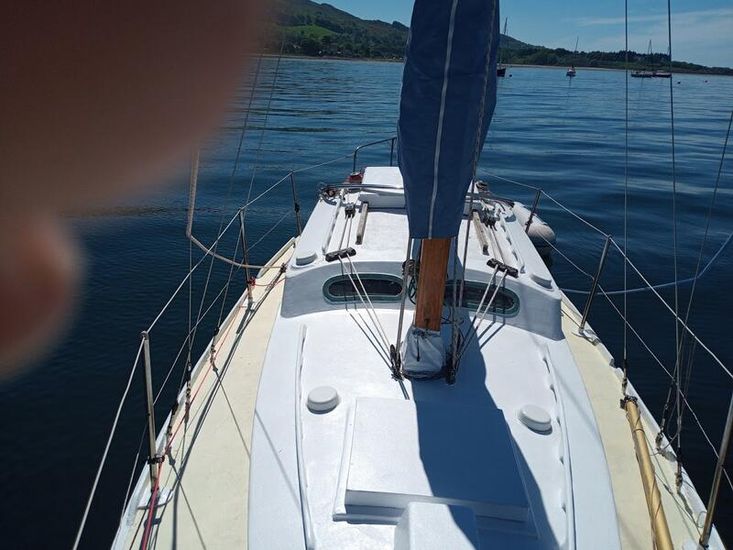 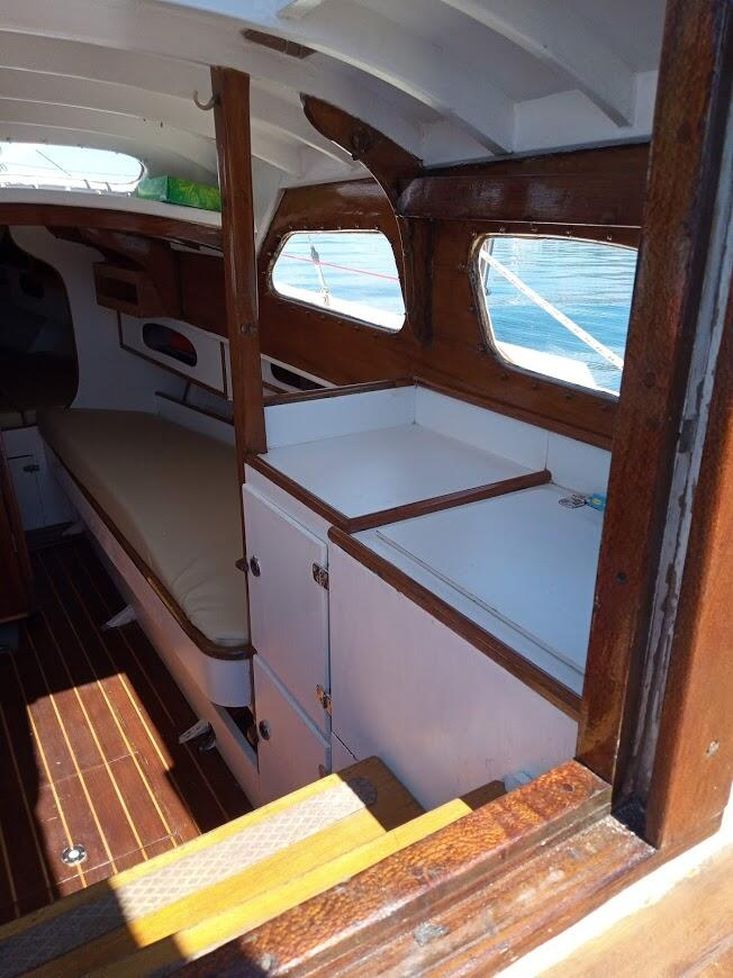 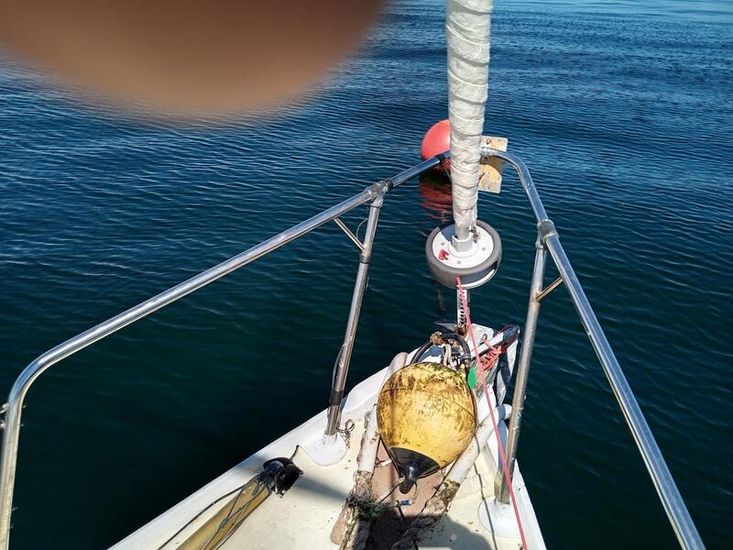 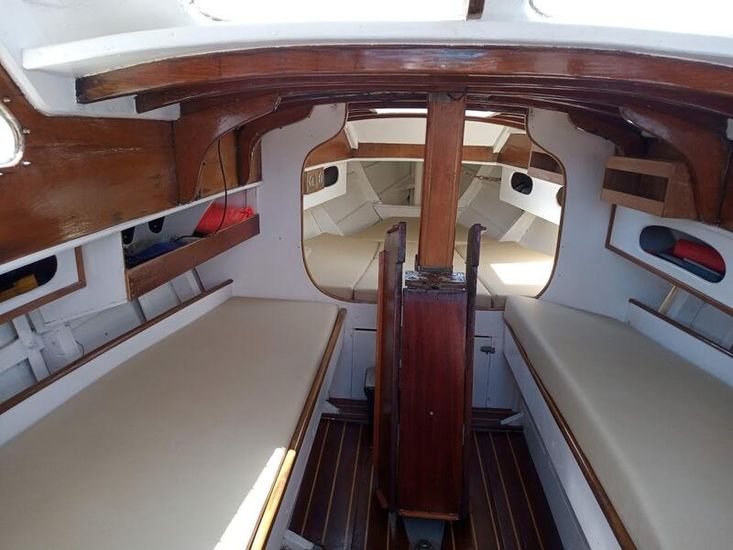 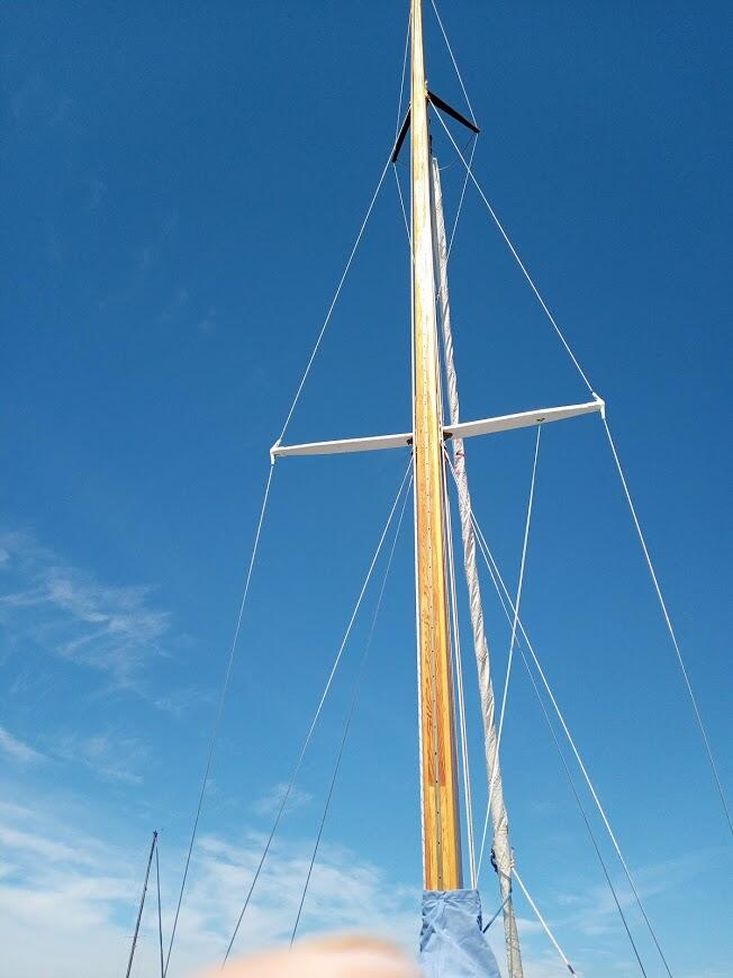 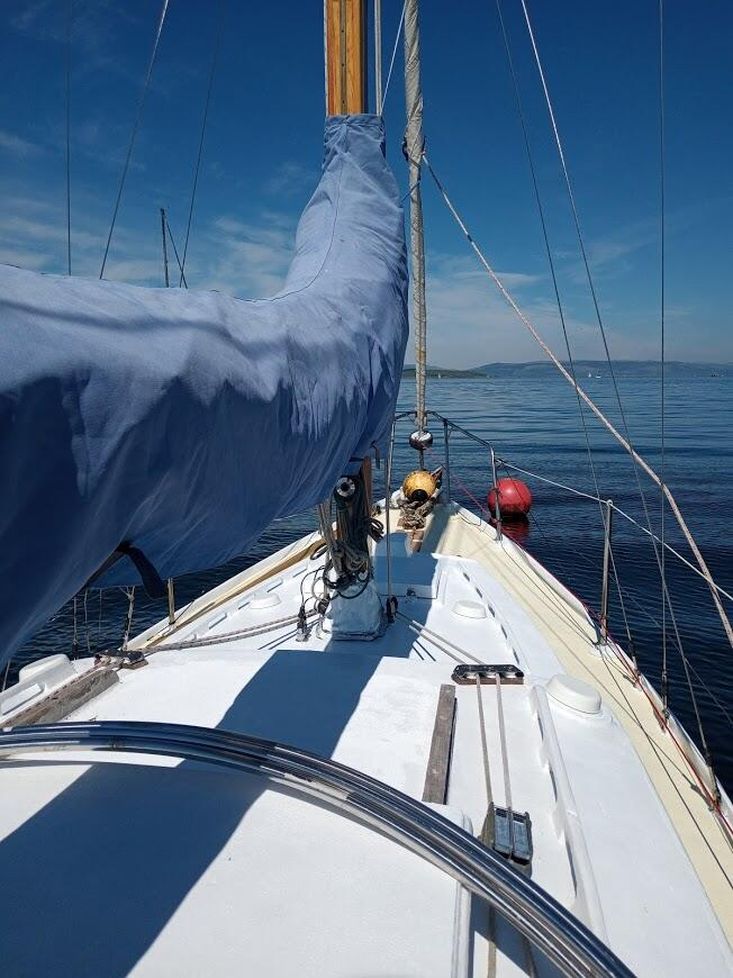 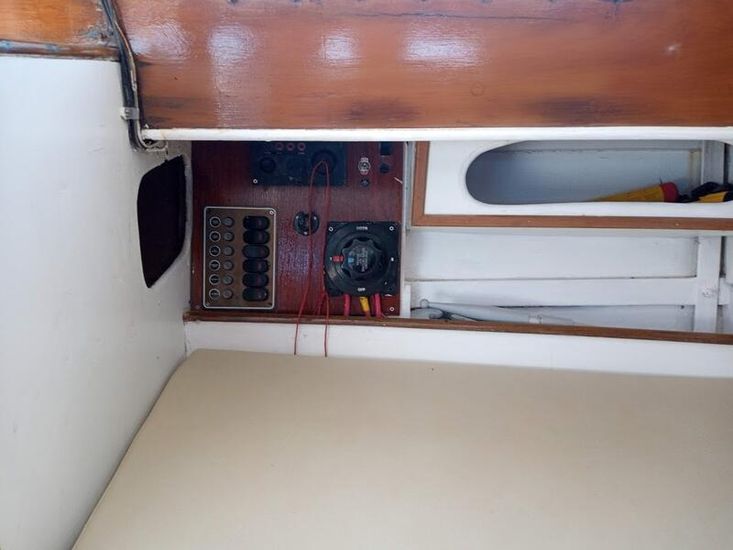 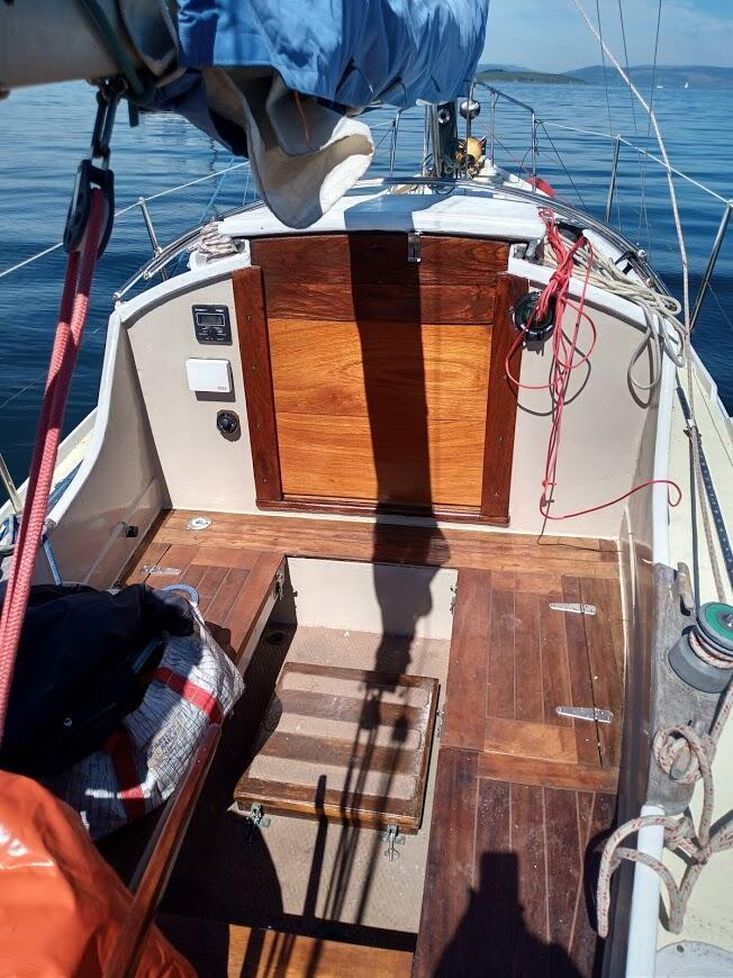 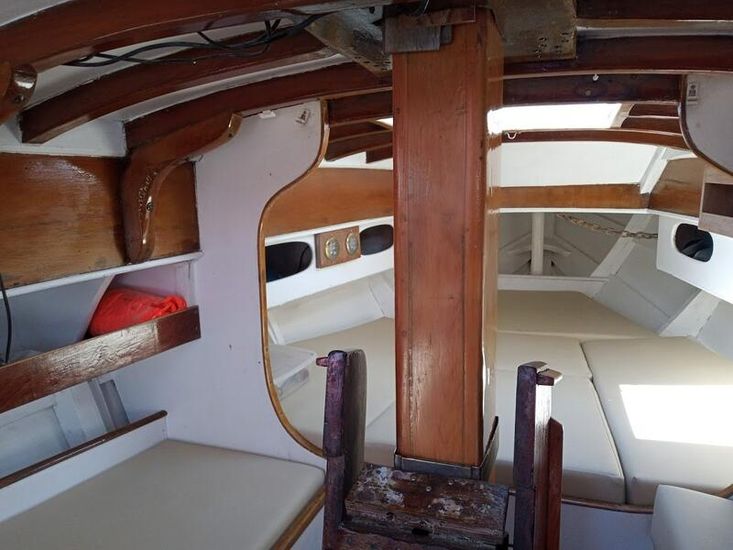 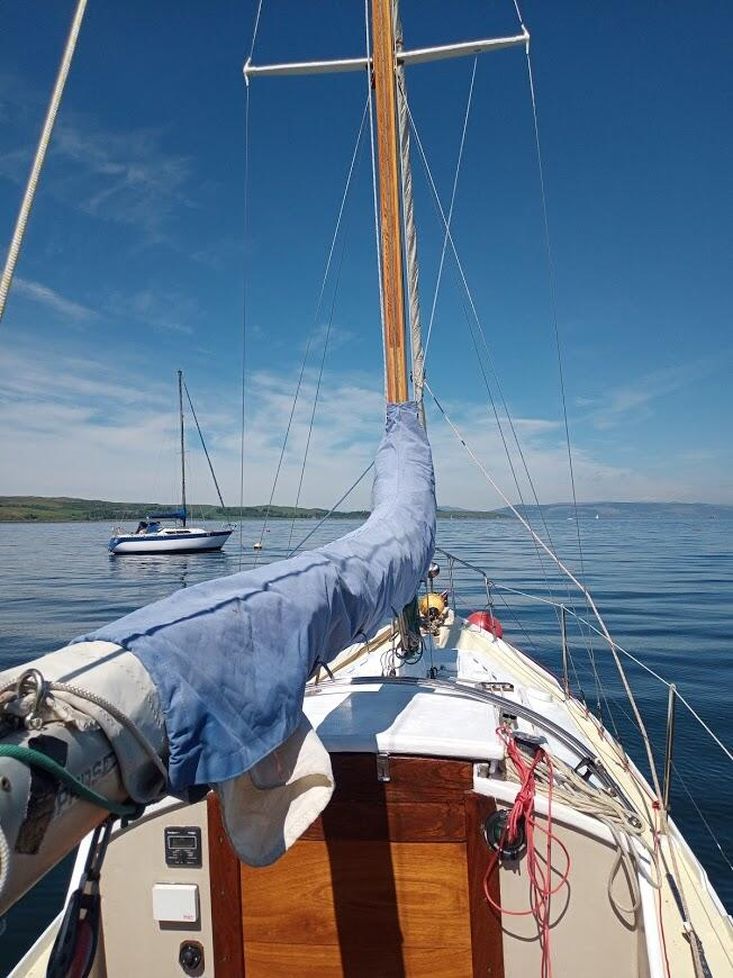 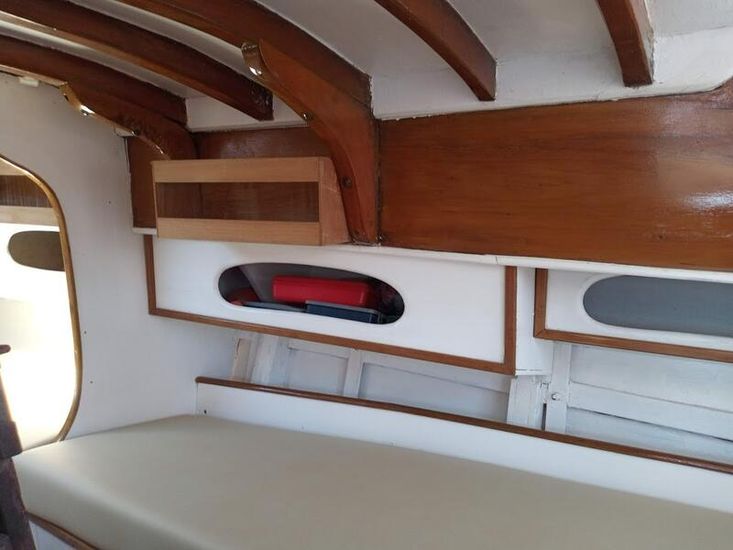 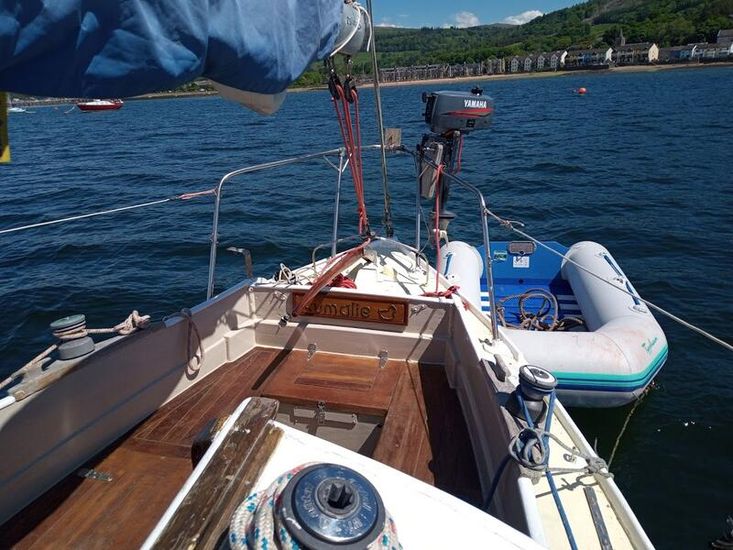 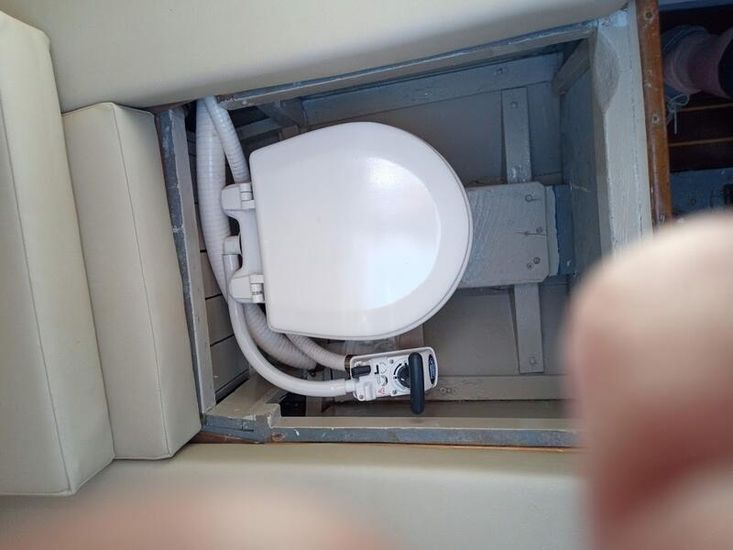 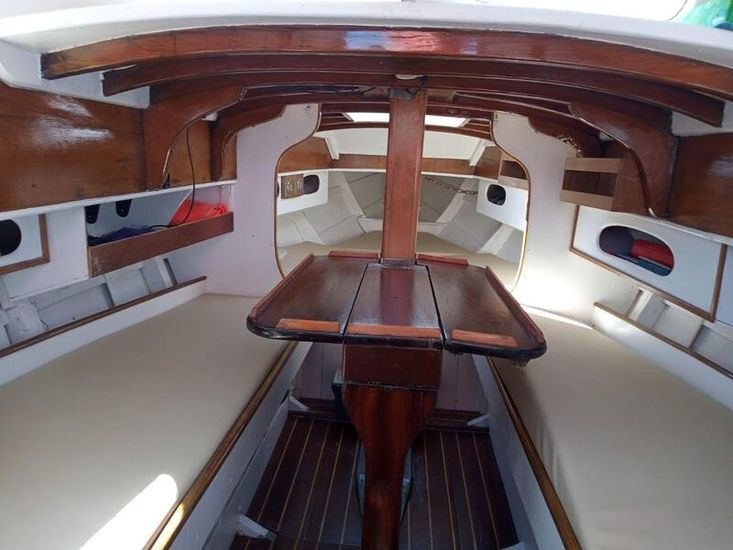 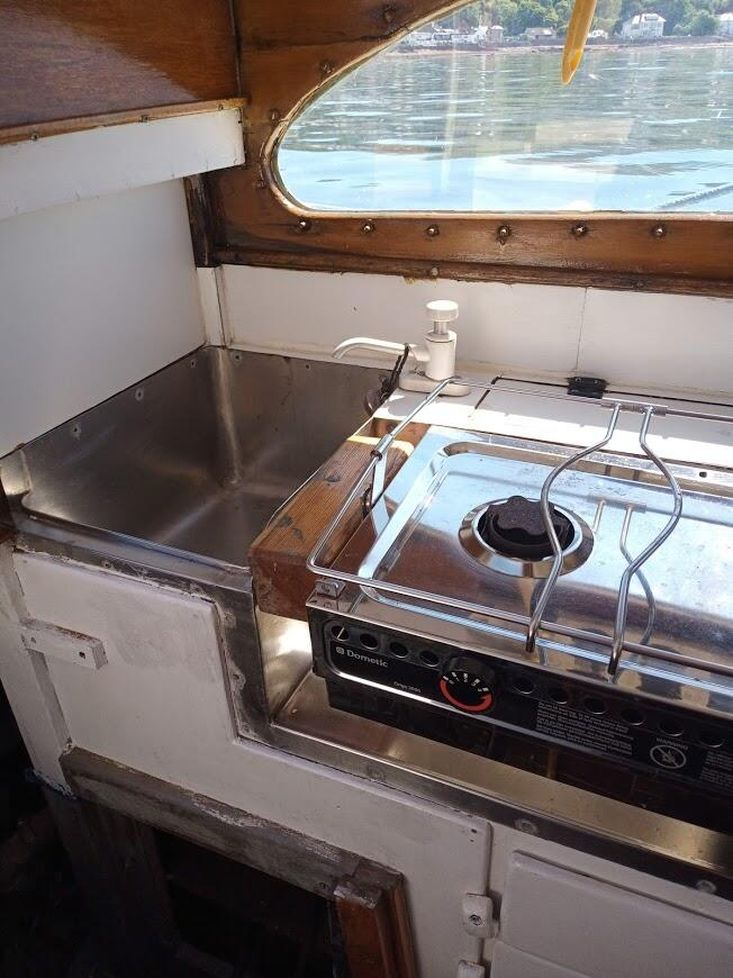 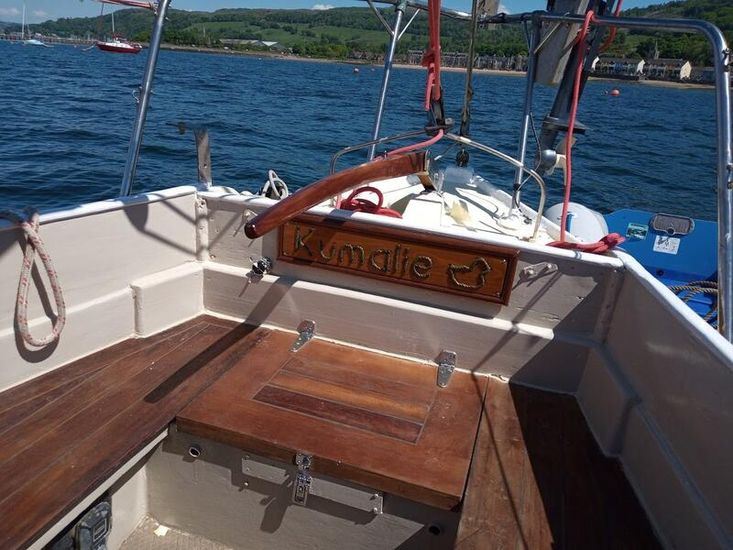 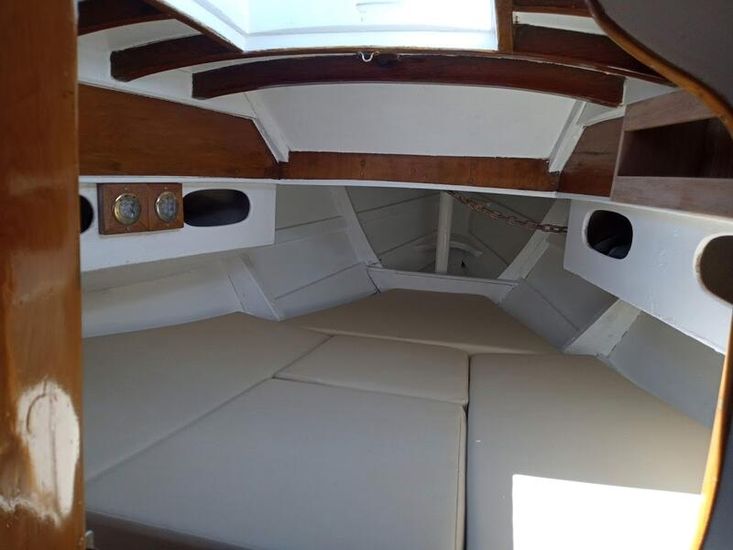 “Kumalie” is a fine example of the Australian “Daydream” class designed by Ken Watts and built by shipwright Arthur Dommett in Brisbane in 1968. She was bought by the current owner in 1978 and has proved her pedigree since as a comfortable, forgiving yacht with distinctive classic lines. After extensive cruising along the Great Barrier Reef she was sailed across the Indian Ocean from Queensland to France in 1983. Since then, she has taken part in lots of club racing and west coast cruising culminating in a circumnavigation of Great Britain in 2015.
The double-ended canoe stern design allows her to be very stable in heavy weather. She is easy to single hand, especially with the recent addition (2021) of jib Roller reefing. The accompanying video (below) shows her on a beam reach at 6 kn off Ardnamurchan point in wind force 4-5.
Accommodation for 4 with a double “V” berth upfront and 2 side cabin bunks. New cushions for all berths have been added this season (2021)
Length 28' 6", Marine Ply hull (epoxied 2015) on hardwood frames and stringers--long keel., Timber topsides.
New Timber mast and rigging 2015.

cabin with table down

cabin with table in position

Major overhaul in 2015 for circumnavigation of UK.

Wintered under cover in Shed at Fairlie Quay